Scenario for AN OLD-TIME ENGAGEMENT RITUAL
Translator’s note (TN): Since the scenario describes an old-time Bulgarian ritual, the language which is used is in a way archaic, which makes it difficult to translate due to the linguistic as well as cultural differences. One of these differences is the discrepancy between the names for family relationships between English and Bulgarian. Being a collectivist culture, Bulgarian has a much wider naming system for relationships, which includes not only the extended family but also close family friends who are often actively involved in the life of the respective family. To show the closeness of these people to the family, they are addressed using almost the same names as the ones used for direct family.

For example:
The Bulgarian “Strina”, accompanied by the first name of the woman, was, and in some places (usually villages) still is, a respectful way to address women who are married, usually middle-aged, and who are in some way close friends of the family. The direct family relative would be called ‘strinka’ (used by children to address their father’s brother’s wife).
The closest English translation would be Aunt/or Auntie (but not in the biological sense of the word).

Linguistic notes:
In villages, people tended to use the diminutive name forms to show affection.
The original name Dafina, for example, becomes Dafinka. But when you address people, the name acquires a different ending, in this case Dafinke, Ivane, etc.

Scenario:
IVAN -/rendezvousing the maiden coming back from the village well) “Is the water in your pitcher cold? Let me taste it. “(Drinks some.) Reaches for the bunch of flowers that she has, trying to steal it. TN: These two actions were used to show the girl that the young man had a crush on her. If she allowed him to do so, it meant that she was willing to reciprocate his feelings.
DAFINKA—Please don’t, I have just picked them from my mother’s garden.
IVAN – I want your flowers the same as I want* you. I want you to become my bride really soon
TN: The meaning of want here is I want you to be my wife. DAFINKA – I want you too, Ivan, but you know how my father is. I can’t elope with you. You have to come and ask for my hand in marriage from my mother and father.
IVAN – “Well, Dafinke, I’ll have a word with my parents.”
DAFINKA – “I’m off, Ivane, I’m late, Mum and Dad will scold me.”(They part.)

At Ivan’s home
IVAN – Mother, I’ve had enough of being single. It’s time I started a family. I have Dafinka in my heart, I want her to be my bride.
IVAN’s mother – Alright, son, but we have to find out if they are willing to give her to you. We’ll send Aunt Marijka and Aunt Ivanka to find that out.

At Dafinka’s house
(Aunt Marijka and Aunt Ivanka are coming. They shout out to Dafinka’s mother, Yana.)
“Aunt Yana, where are you? Come out and welcome us.”
Aunt Yana – “Is that you, Ivanke and Marijke, come in, come in. What brings you here?”
The first aunt (Aunt Marijka) – “We’ll tell you. You have a pretty and hardworking lass (young girl). And we, in turn, have a good and handsome lad (young man) who likes your Dafinka.
The second aunt (Aunt Ivanka) – “It’s true, Aunt Yana. My daughter tells me, that when the girls go to the village well to get water, Ivan is always there waiting for your daughter. He would drink from her pitcher and steal her bunch of flowers.
The first aunt (Aunt Marijka) – “What’s true, is true and that’s why we are here.
To find out if we you will give your lass to our lad.
Aunt Yana – “I guessed that much, that our young folks like each other. But what will her father say? “
Dafinka’s father, Stoyan – ” If you ask me, our girl is still young. But if they like each other, we shouldn’t cross them.
The first aunt (Aunt Marijka) – It’s exactly what we came for. To hear your words.
So, we should tell Aunt Rada (Ivan’s mother) to start preparing for the
engagement. So she told us – if they (Dafinka’s parents) agree, tell them that we are ready to have the engagement ceremony on Sunday.
The second aunt (Aunt Ivanka) – So it’s clear that there will be an engagement ceremony. Let’s go back and deliver the good news to Aunt Rada and Ivan and tell them to start preparing, and you should do the same, too. Stay well!
Aunt Yana – “Say hi to Rada (Ivan’s mother) and we will expect you on Sunday”. (They are going out of the house.)
On the street there are some gossipmongers and some children.
At Ivan’s house they are met by Rada.
Rada – “What happened? Are you bringing good news?
The first aunt – “Everything is fine, they agreed. Get ready for the engagement on Sunday.
Rada – (Starts calling the family members and giving instructions.) We should get ready for the engagement ceremony. I will prepare a bunch of flowers for the maiden’s mother, and I’ll also make one for Dafinka. I’ll put a ring in it and I’ll give her my gold coin necklace, too. As for you, decant some of the best wine, and groom yourselves since time flies and Sunday is just a few days away.
In the bride’s-to-be home.
The emcee’s introductory words – “The family of the bride-to-be is preparing a generous spread. All the relatives are waiting for the special guests. Let’s have a look and listen to what’s happening.”
(While the emcee is saying her lines, the members of the family are busying themselves with the preparation.)
The girl’s mother – “Come on daughter and daughter-in-law, work faster, don’t dawdle. Did you bake the bread, is the chicken ready?
The daughter-in-law – “Don’t worry, Mother, everything is ready. Hristo (her husband) and I will now put on our new clothes and we’ll be ready to welcome the guests.
The girl’s mother – “Make sure you do not forget how you will treat the guests. Serve the chicken legs to your father and the father-in law, give the chicken back to the mother-in-law.”
The daughter-in-law – “I know, Mother, everything will be as you say.|
The girl’s grandmother – “Come on, lay the table, use the best and thinnest tablecloth, and don’t forget to put hand towels. And you, Dafinke, prepare the towels for the in-laws. You should first gift your mother and father-in-law, then the others and finally you should gift the son-in-law with the best towel.
The daughter-in-law – “Grandma, I will help Dafinka to prepare everything.
The son (Dafinka’s brother) – “Mother, I’ve decanted some of the best wine (shows the decanter) and I’ve poured some of last year’s rakiya (strong local alcoholic drink, like the German Schnapps). Where shall I put them?
The grandmother – “Put them on the table, child, let there be a little bit of everything.”
The emcee addresses the guests of the event – “Do you hear the drum? Ivan’s family is arriving to ask for Dafinka’s hand in marriage. Everybody is in good mood, and they are bringing lavish gifts for their son’s beloved.
(Dafinka’s father opens the gates. His family goes out to welcome the guests. The engagement party go through the gate in a horse-driven coach with a lot of noise.)

THE WELCOME
The girl’s father – “Come on in, you are welcome!
The girl’s mother – “Have a seat at the table. Let’s talk and hear what has brought you here.
The father-in-law – “Well, if you say so, let us tell you. We have come to ask for your daughter’s hand in marriage. Well, let’s hear Ivan.
IVAN – “Dafinke, do you want to become my bride and spend all our life together?
The girl’s father – “What do you say, daughter, do you agree?”
The son(Dafinka’s brother) – “Say it, Dafinke, don’t be shy, now is the time.”
The maiden – “I want him, Dad. I like him, I have him in my heart.
The girl’s father – “Our Dafinka is industrious and pretty, we don’t think it’s time for her to get married.”
The girl’s mother addressing her husband – “Well, if they like each other, let them get married.
The mother-in-law – “Oh my God, it is so nice to have one more daughter-in-law. Come, daughter, let me give you this gold coin, let everybody know that you are marrying into a well-off family. (She attaches the gold coin to her clothes.)
Ivan’s sister-in-law – “And we have prepared these fine gifts for you, Dafinke. (Addressing her own mother-in-law) Here, Mother, give them to her.
( a white tunic, slippers, headscarf, dress and some other items)
The mother-in-law – “Be always dressed up and pretty!”
Dafinka’s mother – “Come on, daughter, it’s now your turn to gift the guests with a towel. And give the one that you wove yourself to Ivan.
The girl’s father – “Take good care of our Dafinka and may God bless you!”
Ivan’s sister-in-law – “Let the bride and groom kiss their parents’ hands. (They do so.)
The father-in-law – “Cheers, in-law, your wine is very good, as good as your daughter.”
The girl’s father – “Your son is good, too, in-law, cheers and may God bless you with good health and luck. (All toast the newly-engaged couple.)
The father-in-law – “And when shall we hold the wedding? I want a big wedding for my son.”
The girl’s father – “So be it, in-law, because our daughter is the most beautiful maiden in the village and she deserves a big and lavish wedding.”
The grandmother – “Let ME tell you. We’ll hold the wedding when Lent is over, after Saint Peter’s Day.
The girl’s mother – “Please come, in-laws, and have a look at the trousseau we have prepared for the bride. She has woven and embroidered shirts and towels herself, for her father- and mother-in-law, for her brother- and sister-in-law. And she embroidered this shirt for our son-in-law herself.
The mother-in-law – “It can be seen that the girl is not only pretty but also industrious.”
Ivan’s sister-in-law – “Yeah, yeah, in-law, she is really hardworking. She doesn’t go anywhere, all she does is prepare her trousseau. She weaves, sews, and knits – she has golden hands (meaning she is highly skillful in doing it).
The girl’s brother – “Well, stop praising her, everybody can see for themselves. Let me fill your glasses and toast you, and why don’t we sing? ( Turning towards his wife) Wife, sing the Kalino song, aren’t you the best among all village singers? It is your voice that is heard loudest during harvest time and grapes picking.
The mother-in-law – “It’s good to sing but let’s decide first who will buy clothes for the bride and who will buy clothes for the son-in-law.
The father-in-law –“ I say, let us buy the clothes for the bride and you buy the clothes for the groom. Is that alright with you?”
The mother- in- law – “So be it, in-law, we agree.
Dafinka’s brother – “Well, Dafinke, congratulations on your engagement. I’m so happy for you and Ivan that I feel like singing from the bottom of my heart. (Everybody starts singing and dancing.)
The father-in-law – “Well, in-laws, everything went well. Stay in good health and we will take our leave.
(The girl’s family sees the boy’s family off. )

AN OLD-TIME ENGAGEMENT RITUAL – click here for the Bulgarian text 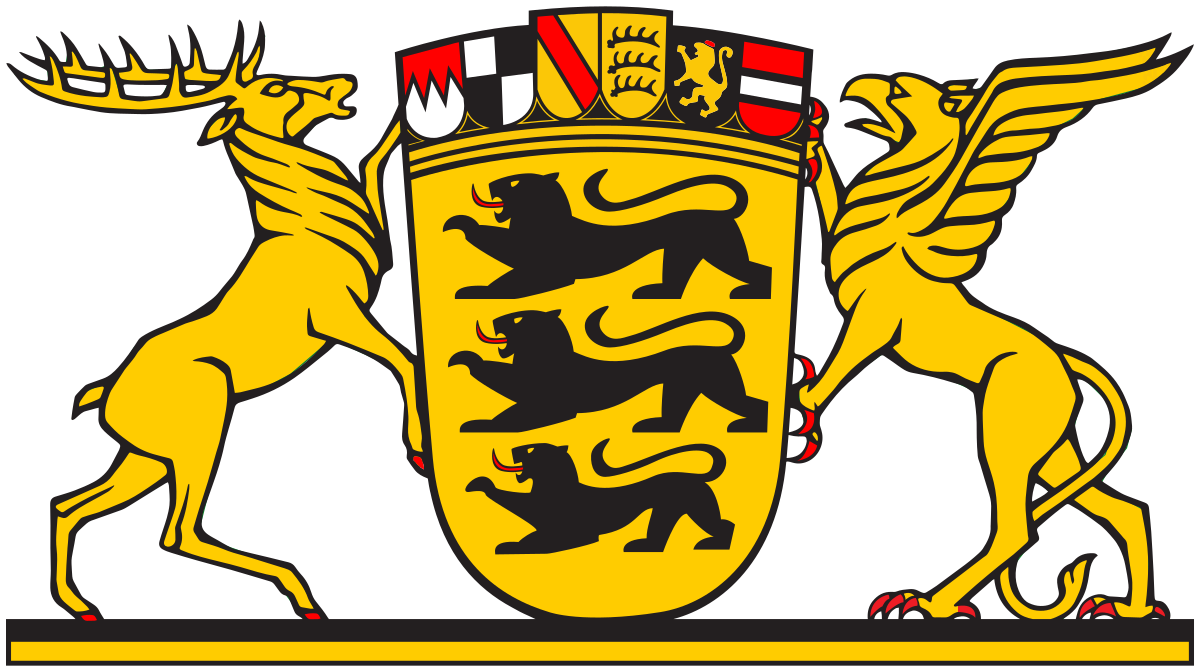